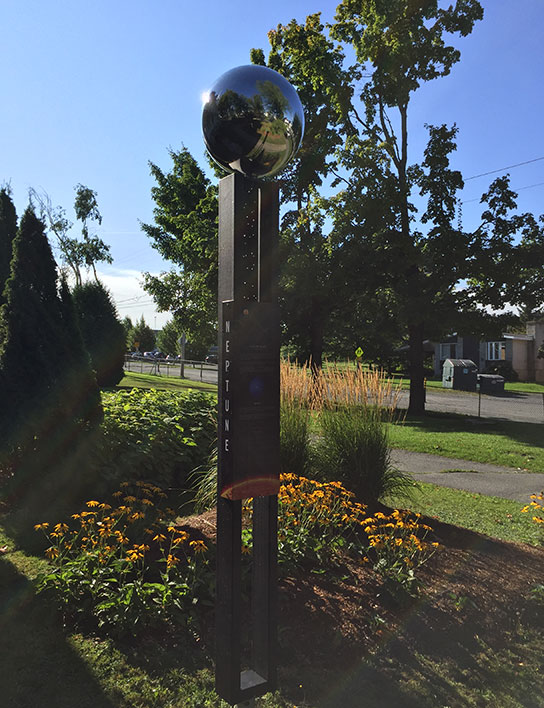 Built to scale in terms of size and distance and set up along Summit Drive, this model is one of the largest in the world!

Measuring hundreds of millions of kilometres, it’s difficult to imagine how vast our solar system is.

What would be its proportions if we could reduce the Sun to the size of the Mont Mégantic Observatory (1.4 million km to 14 m)? Compressed 100 million times, our planetary neighbourhood would spread out across the whole region!

While exploring the Dark Sky Reserve and Summit Drive, you can discover eight planets and two dwarf planets. Five of these celestial bodies are within Mont-Mégantic National Park, in Notre-Dame-des-Bois, and the other five are distributed among the municipalities of the region: La Patrie, Piopolis, Lac-Mégantic, Lambton and Sherbrooke!

The closest star? At this scale, it would be farther than the Moon!

Zenderfull: excursions under the stars